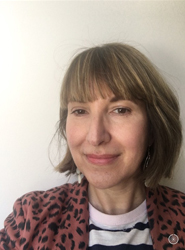 She received a bachelor degree in Chinese language and Civilization at the University of Bordeaux III, France, with a minor in Korean language, and a Master of Arts in French Literature at the University of TN. She is the French Language and World Business Coordinator and the teaching faculty of the French Honors Program. She is also a licensed teacher and taught Spanish and French in high school for 5 years. She is currently teaching French at UT from first year to fourth year. She is mainly interested in created new curricula and the studies of French and Francophone graphic novels as an academic field. She taught French 450 (special topic): Graphic Novels and Films. Fluent in Spanish and advanced in Italian. She is an avid backpacker and hiker.