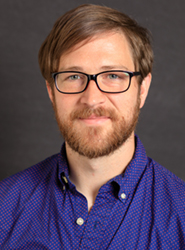 Matthew Brauer is Assistant Professor of French with a specialization in the literatures of North Africa from the nineteenth century to the present. He holds a PhD in French and Francophone Studies from Northwestern University, with a certificate in Middle East and North African Studies, and a BA in Romance Languages from DePauw University. Research and teaching interests include comparative approaches to French and Arabic-language writing, how writing interacts with concepts of territory and property, the relationship between colonial, postcolonial, and modernist writing, transnational exchanges between Africa, the Middle East, and Asia, and the multilingual newspaper and periodical press. His current book project, tentatively titled Looking at time: rewriting the past in Maghrebi literature, looks beyond the horizon of colonial independence in the 1950s and 60s to other histories inscribed in postcolonial Maghrebi novels in French and Arabic, from the early spread of Islam through North Africa and Iberia to the fall of the Ottoman Empire.