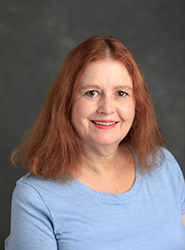 I grew up in Chicago and attended Northwestern University. After completing my doctoral dissertation entitled Aesthetics and Politics: Film Culture and the Extreme Right in France 1930-1944 at New York University, I moved with my husband to Knoxville. I have been at the University of Tennessee since 1997 and have taught courses at all levels, from the 100-level through the 400-level. My main interests are cultural and political history, contemporary French culture, and online teaching and assessment. I developed the French hybrid program and the summer online program. I was faculty leader for UT in Paris Summer Program in 2016. I have served as  Interim French Language Program Director several times in the past.

Courses taught at the University of Tennessee: