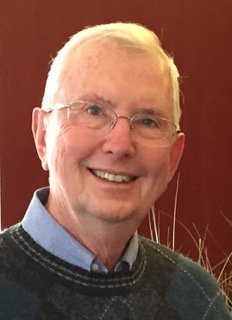 Twentieth-century French literature, culture, and history, especially during the interwar years, 1919-1939. He has a special interest in the interplay between historical events and their literary depictions. In addition, he has published essays and books on front-line journalism during both the Spanish Civil War and World War II.

Along with Karen Levy, he served as co-editor of the Revue André Malraux Review and co-director of the Normandy Scholars Program for over a decade. He continues to advise students and work with the Language and World Business program.

He founded the UT in Paris program in 2005 and has led over 150 students on home stay, study abroad experiences for a total of eight years.

John B. Romeiser is Professor of French and Francophone Studies and Director of Graduate Studies in the Department of Modern Foreign Languages and Literatures at the University of Tennessee, Knoxville. Books include Beachhead Don: Reporting the War from the European Theater, 1942-1945 (New York: Fordham University Press, 2004), an edited compilation of Don Whitehead's World War II reporting for the Associated Press, and Combat Reporter: Don Whitehead's World War II Diary and Memoirs (New York: Fordham University Press, 2006).
He has published extensively on the impact of war on journalism and literature as well as on André Malraux, including a monograph and an annotated bibliography, André Malraux: A Reference Guide, 1940-1990 (New York: G.K. Hall & Co., 1994).